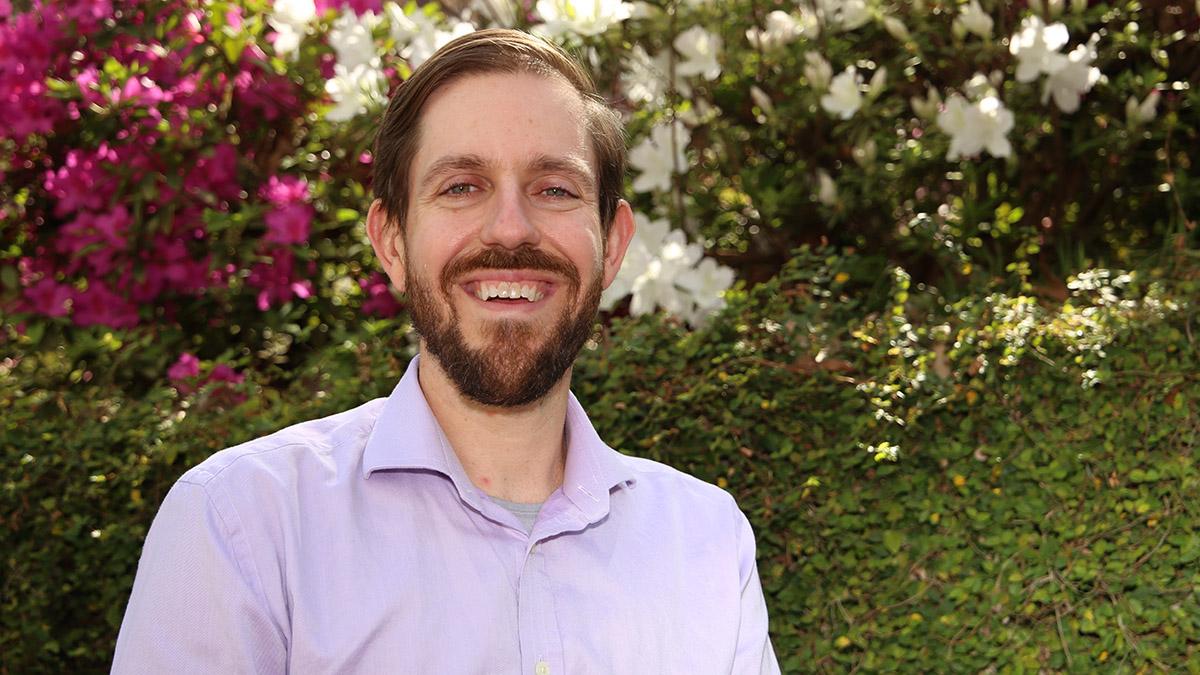 Lecturer Todd Fernandez has won the 2021 Undergraduate Educator Award from Georgia Tech’s Center for Teaching and Learning — recognition of his dedication to his students and excellence in the classroom.

“This award means the world to me, because it is a recognition of what is most important to me in my job: the well-being, success, and learning of the people in my courses,” Fernandez said. “I want to thank the students who wrote amazing letters of recommendation and whose words and time mean a lot to me.”

Third-year student Cassandra McIltrot took BMED 1000 with Fernandez. In a letter supporting Fernandez’s nomination, she said her experience in the course helped her find confidence.

“His classroom was a safe space where I knew my voice was heard and my ideas were important. I was challenged in collaborative settings with my classmates and was able to build my definition of what it means to be an engineer through my own creativity and reflection,” wrote McIltrot, who later became a teaching assistant in the course. “There was no longer a question of if I could accomplish something, but how I could get there.”

Sarah Blake credited Fernandez with changing her perspective on homework and how it could build her understanding of course material. In her supporting letter, the fourth-year student recalled presenting a solution to her entire Intro to Bioengineering Statistics course.

“I ended up getting part of the problem right and part of it wrong. More importantly, I ended up understanding the problem better after Todd explained why part of my answer was incorrect,” Blake wrote.

“I do not remember what the problem was about, but I remember how I felt after answering my question. Todd made sure to point out what I did right and did not make me feel bad about the part I got wrong.”

Fernandez said he thrives on interactions like those, helping students learn — and learning from them along the way.

He shares the 2021 Undergraduate Educator Award with Stephanie Reikes, lecturer in the School of Mathematics. He’s the third faculty member from Coulter BME to win the award in the last four years, and his name will join theirs permanently on the Teaching Awards wall in the Clough Undergraduate Learning Commons.