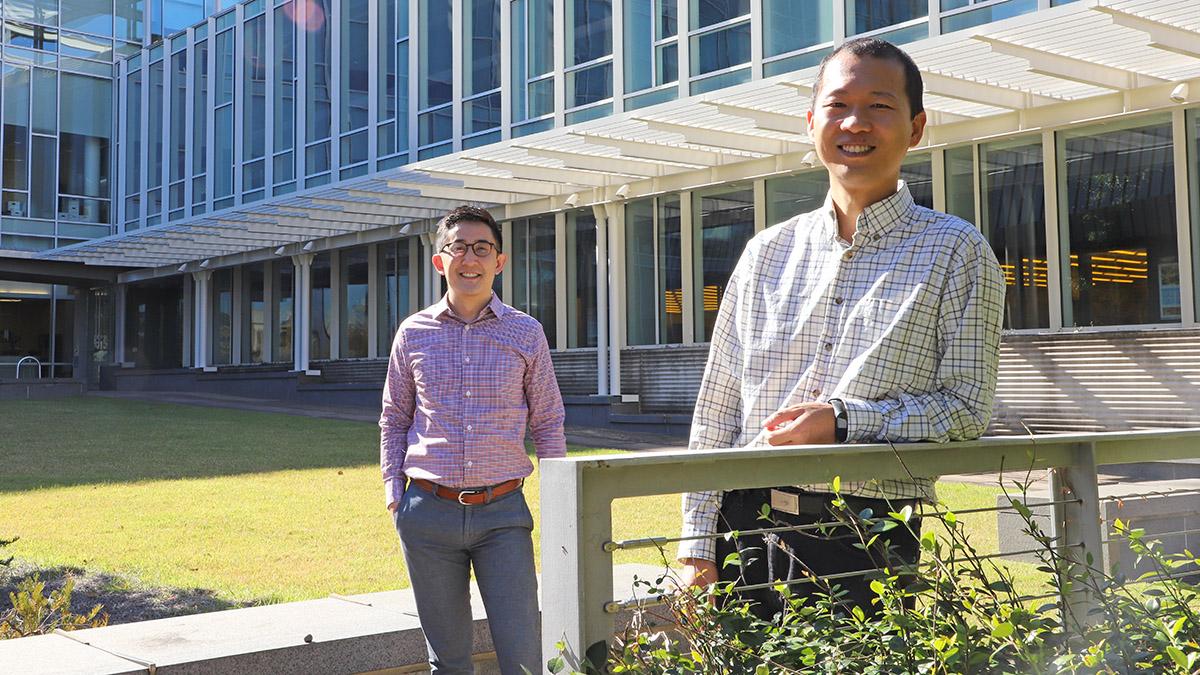 When colorectal cancer spreads to the liver, quick action to remove the budding tumors can stop the disease in its tracks. The key is catching the metastasizing cells early.

Gabe Kwong is developing a new kind of injectable biological sensor with basic computing power that would alert doctors to the spreading tumor cells in this critical period, catching them at a size where they’re most responsive to treatment but usually too small for current imaging and blood tests to detect.

These sensors would perform something akin to a Boolean logic function before they send up red flags about any metastatic cancer. Boolean logic is a mathematical approach that uses the operators AND, NOT, and OR to identify true or false variables. It’s perhaps most familiar to nonscientists in web search engines, where a user might want to find pages not just about the liver or about cancer but specifically about liver cancer. The operator AND tells the search algorithm to only find pages that include both.

Kwong is building this AND function into his biosensors to search not just for tumor enzymes called proteases but also for proteases unique to the liver. Finding both would trigger the sensor, which sheds a synthetic biomarker that’s easily detected, even when the tumors themselves are tiny.

“An AND gate requires you to have two inputs before you create an output; if those two inputs are not simultaneously together, you will not generate an output,” said Kwong, associate professor in the Wallace H. Coulter Department of Biomedical Engineering at Emory University and Georgia Tech.

“Let's suppose you have a liver tumor. Your tumor signal would turn on, but if your sensor does not also have an input that senses healthy liver tissue, then it will not turn on,” he said. “It's a way to increase the specificity of the sensor. If we can design an AND-gated liver metastasis sensor, it should only turn on in the presence of healthy liver enzymes and liver tumor proteases.”

The National Institutes of Health has just awarded Kwong nearly $3 million to develop this new class of synthetic biosensors. His team includes Coulter Department Associate Professor Peng Qiu and M.G. Finn, professor and chair of the Georgia Tech School of Chemistry and Biochemistry.

Qiu will co-lead the study, using computational modeling to characterize the kinetics of the proposed sensors and simulating various scenarios.

“I’m excited about this project because of the science and translational potential, and also how our modeling techniques may be able to help with the characterization and design of the proposed sensors,” Qiu said.

Kwong described the sensors as akin to chemical probes since they don’t include any cells or genes. Rather, they’re made of safe particles, like iron oxide, that the Food and Drug Administration already has approved for other kinds of medical uses. He and his team have been creating synthetic biosensors for more than a decade, but never before with this built-in, in-the-body computing power.

“With our circuits, they’re cell-free and gene-free, and you get a readout within 60 minutes of injection,” Kwong said. “We're pushing this paradigm of cell-free, gene-free circuits that can do a round of computation to increase the amount of information that we can gather from a very noisy system like our body — and do it in a way that's fast.”

In practical terms, here’s how the new sensors would work: Patients who’ve had colorectal cancer would get these biosensors on a regular basis to screen for any tumor growth in their livers. If cancer cells are detected, the biomarkers would show up in urine — no blood draw required. Then doctors could confirm the tumor with medical imaging, like a high-resolution CT scan, which cannot be performed frequently because of the resulting radiation exposure.

“The reason we picked colorectal cancer is because there is a clinical decision where, if a patient that has primary colorectal cancer presents with metastasized liver tumors, and there's only two or three of them, you can actually go in and do curative resection of those nodules,” Kwong said. “There is a path forward where this would completely impact patient care: If you could detect these nodules earlier, you could have the surgery earlier, and then you could increase the five-year survival.”

If these sensors work as Kwong expects, it could open the door to others. Other kinds of cancer also tend to seed liver tumors, and colorectal cancer can spread to other organs, like the lungs or bones. Kwong’s team has developed ways of barcoding their sensors, so eventually, several could be injected simultaneously to monitor for different kinds of metastasis.