NIH BRAIN Initiative Taps Two Labs from Georgia Tech
Two researchers from the Georgia Institute of Technology are riding a second wave of grants from the National Institutes of Health (NIH) to support the Brain Research through Advancing Innovative Neurotechnologies (BRAIN) Initiative.
October 7, 2016 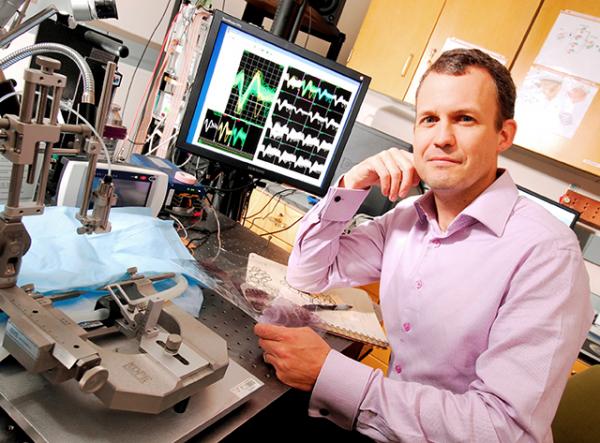 Two researchers from the Georgia Institute of Technology are riding a second wave of grants from the National Institutes of Health (NIH) to support the Brain Research through Advancing Innovative Neurotechnologies (BRAIN) Initiative.

Garrett Stanley and Christine Payne, both faculty members of the Petit Institute for Bioengineering and Bioscience, are among the 131 investigators working at 125 institutions in the U.S. and eight other countries receiving 67 new awards, totaling more than $38 million.  The new round of funding brings the NIH investment for BRAIN Initiative research to $85 million in fiscal year 2015.

Stanley, Payne, and their collaborators are part of a new round of projects for visualizing the brain in action. It’s all part of the initiative launched by President Obama in 2014 as a wide-spread effort to equip researchers with fundamental insights for treating a range of brain disorders, like Alzheimer’s, schizophrenia, autism, epilepsy and traumatic brain injury.

Their overall goal is better understand and capture the flow of information as we sense and perceive the outside world, “so that we can take action,” says Stanley, professor in the Wallace H. Coulter Department of Biomedical Engineering (BME), a joint department of Emory and Georgia Tech.

The new technology would let the researchers monitor brain activity at high spatial and temporal resolution over long periods of time.

“It allows us to address questions related to the circuits involved in coordinating the relationship between sensing and action for the first time,” Stanley says.

The project grew out of another collaboration between Jaeger and Stanley. They are co-principal investigators of an NIH-sponsored training grant in computational neuroscience, which targets a new generation of scientists bound together through questions about how the brain computes.

“Through this interaction, Dieter and I got to know each other better, started to talk more science, and eventually cooked up this project,” Stanley says.  “The research is relevant to public health because it provides an impactful and innovative study of the circuitry underlying the output from the basal ganglia to the motor cortex and the integration of basal ganglia output with sensory information.”

Debilitating and difficult to treat neurological disorders like Parkinson’s disease, Huntington’s disease and dystonia are caused by dysfunction of this circuitry.

“The proposed research is expected to provide basic insights into motor circuit function and may reveal new possibilities for treatment of these diseases as well as a better understanding of deep brain stimulation treatments already in use,” says Stanley, who was part of the first round of BRAIN Initiative funding last year with fellow Georgia Tech researcher Craig Forest.

Meanwhile, Payne is principal investigator for a project titled, “Conducting polymer nanowires for neural modulation.” She’s collaborating with Bret Flanders, a professor at Kansas State whose lab is working on new ways to insulate nanowires. Georgia Tech students Scott Thourson (a Bioengineering Ph.D. candidate) and Rohan Kadambi (undergrad in Chemical and Biomolecular Engineering) are helping to lead the effort.

“Understanding how the brain functions requires fundamentally new tools to probe individual neurons without damaging the surrounding tissue,” says Payne, associate professor in the School of Chemistry and Biochemistry.

“This research will develop a prototype device that uses biocompatible conducting polymer nanowires to interface with individual neurons,” says Payne. “The use of flexible conducting polymers in place of traditional metal, silicon, and carbon electrodes is expected to minimize disruption to the surrounding tissue.”

Last year NIH awarded $46 million to the effort, designed to ultimately catalyze new treatments and cures for devastating brain disorders and diseases that are estimated by the World Health Organization to affect more than one billion people on the planet.

“Georgia Tech is proud to play a role in this important global effort,” says Steve Cross, executive vice president for research. “These grants are further evidence of Tech’s reputation for conducting world-class bioengineering and bioscience research.” 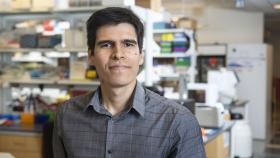 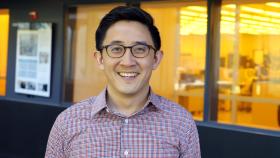 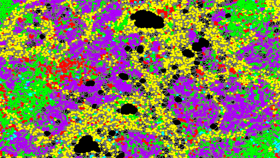 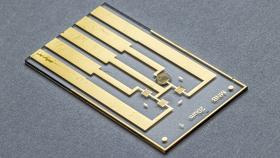 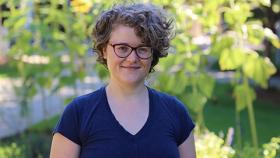 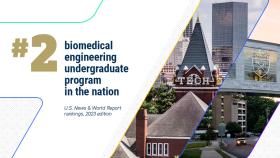 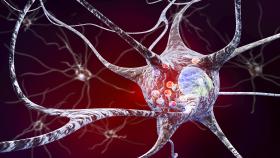 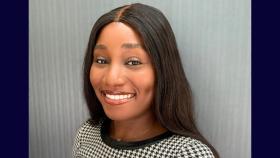