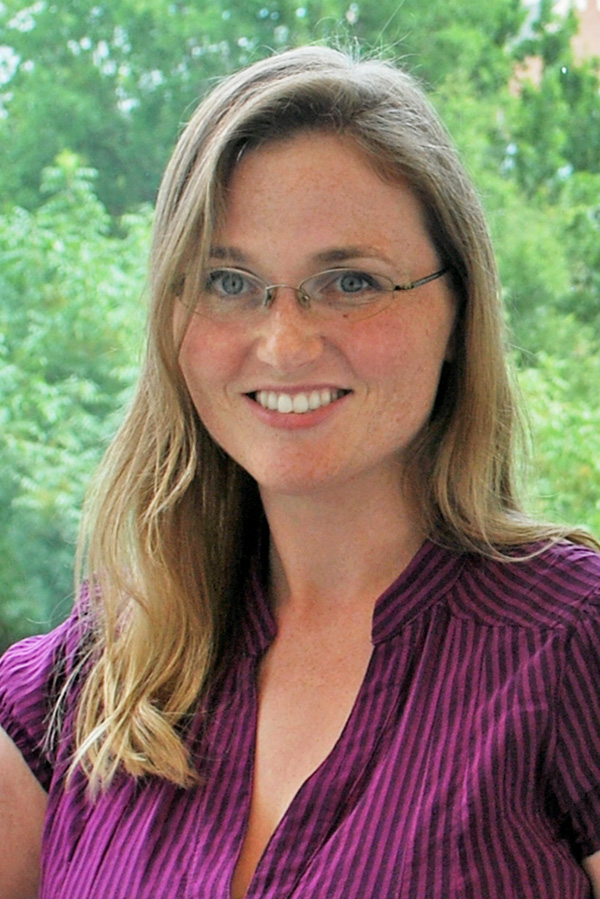 In February, Annabelle Singer will have the undivided attention of some the nation’s most respected engineering leaders.

Singer has received a Gilbreth Lectureship from the National Academy of Engineering (NAE) and will present her work on neural stimulation for Alzheimer’s patients at the Academy’s 2022 national meeting in Irvine, California. She’s one of four researchers selected to speak to the group, which also will include more than 100 local middle and high school students.

“I can't decide if I am more excited to speak to leaders in engineering or to the students who will attend,” said Singer, McCamish Foundation assistant professor in the Wallace H. Coulter Department of Biomedical Engineering at Georgia Tech and Emory University. “I'm honing my words of wisdom for the students. I hope I can inspire them to use science and engineering to make a positive impact in the world. The process of discovery and invention can be both really hard and very exciting; I want them to know that struggling and failing are a normal part of the process.”

Singer’s presentation will echo a lecture she delivered at the NAE’s 2021 EU-US Frontiers of Engineering symposium in November. That invitation-only meeting gathered 60 of the most promising young engineers from Europe and the United States to discuss cutting-edge research and build cross-disciplinary — and trans-Atlantic — collaborations.

Invitation to a Frontiers meeting is considered a significant honor for early career engineers. Singer was one of three presenters at the session on technologies for the detection and treatment of dementia. It was that presentation that impressed NAE officials and prompted the invitation to the national meeting.

“The Armstrong Endowment for Young Engineers – Gilbreth Lectures program was established to recognize outstanding early career engineers and make them more visible to the NAE membership,” NAE President John Anderson wrote in his invitation to Singer. The lectures are named for the first woman elected to the Academy, Lillian Gilbreth, who was a pioneer in industrial engineering and what we now know as ergonomics

Singer studies how neural activity produces memories and activates the brain’s immune system. Recently, she has been developing an Alzheimer’s treatment using flickering light and sound to stimulate gamma waves in the brain.