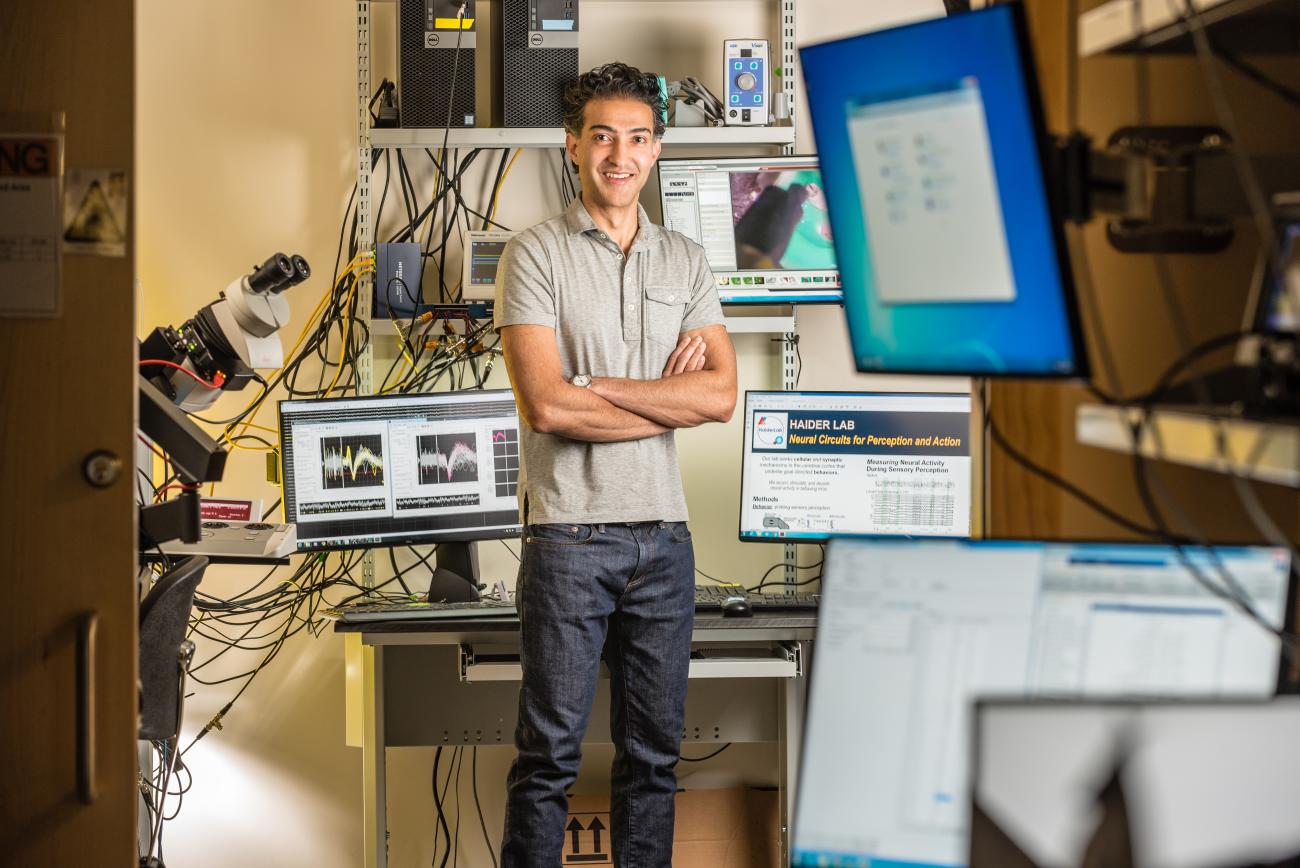 In people with autism, neural “traffic jams” may slow the flow of information along visual routes in the brain, delaying timely, responsive actions.

Just as highway departments study vehicle traffic flow, Georgia Tech and Emory researcher Bilal Haider is studying neural traffic in the brain to understand the holdups, and his discoveries could lead to therapeutic techniques to “unjam” the flow of neural information.

“This will be one of the first studies to test the idea that, because ‘traffic’ is slowed at multiple points in the brain, visual messages never get to the final destination to cause an action on time,” said Haider, assistant professor in the Wallace H. Coulter Department of Biomedical Engineering at Georgia Tech and Emory University. “Typical studies only focus on one area at a time. This one will be among the first to try and connect all the major dots along the route.”

Haider’s lab will use the three-year, $300,000 grant to comprehensively measure neural activity in mice while they view, process, and respond to visual stimuli. The idea, Haider said, is to develop a full picture of visual brain area activity using neural probe technology developed in part by his former colleagues at University College London. The probes will target each visual destination on the map to track electrical firing along the neural route.

“It’s Krazy Glue, essentially, and it keeps the skull healthy and intact so that we can later make really stable and uncompromised neural recordings with electrical probes in all of the destinations on the map, across several days or even weeks of recordings,” Haider said.

This kind of investigation with delicate neural probes in the brain would be difficult if the skull was removed in a mouse that is awake, breathing, and moving while performing a visual task.

The imaging tracks the amount of oxygen in blood by measuring how much light gets reflected back from the brain.  So, with a high-speed camera and a bright red light focused on the brain surface, Haider’s team will measure the active versus inactive areas of the brain that demand oxygenated blood.

Using this system while showing the mouse strong flashing and moving visual stimuli, the researchers can find the active visual areas of the brain and build a map of the visual brain areas. The team will study both typical, wildtype mice, and also mice that have been engineered to have the same genetic mutation as some people with autism.

“Our goal is to measure how networks of neurons across these eight brain areas might miscommunicate, or get lost along the route, and lead to impairments of visual perception in the autism model mice,” Haider said. “We expect that the flow of visual information — the neural ‘traffic’ on the map — during visual task performance in the autism model mice will be slower and less orderly than in the typical wildtype mice.”

The findings of this research could help in the development of new therapeutic techniques to “unjam” the traffic at the key points of the route and speed up or restore behavioral performance.

“A longer-term application would be to connect with clinicians and human brain researchers who study individuals with autism,” Haider said. “Then we could see if EEG or functional MRI activity in people with autism also shows evidence of neural traffic jams along the same visual routes, and if these correlate with visual disturbances or poorer visual behaviors. We could also test promising therapeutics in mice to see if they ‘unjam’ traffic and improve behavior.”