Flowing Toward a Potential Atherosclerosis Therapeutic

It’s not a blockbuster cardiovascular drug — yet. But the pathway from bench to bedside is easy to see.

In a recent eLife paper, Hanjoong Jo’s lab characterizes a “flow-kine”: a protein produced by endothelial cells in response to healthy blood flow patterns. Unlike other atherosclerosis-linked factors previously identified by Jo’s team, this one — called KLK10 — is secreted. That means that the KLK10 protein could morph into a therapeutic. 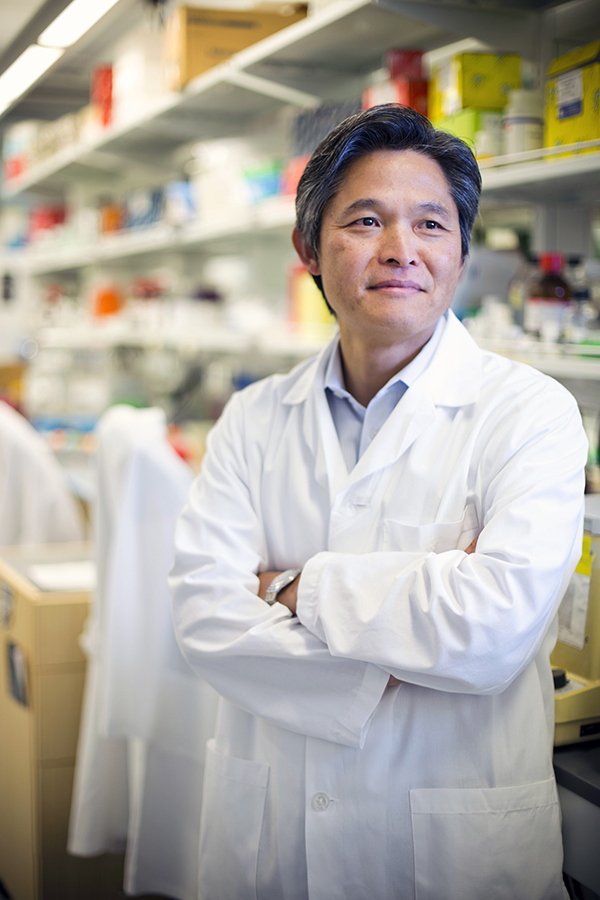 KLK10 can be compared to PCSK9 inhibitors, which lower LDL cholesterol and have a proven ability to prevent cardiovascular events. KLK10 acts in a different way, not affecting cholesterol, but instead inhibiting inflammation in endothelial cells. KLK10 can protect against atherosclerosis in animal models, when delivered by injection.

“The most important clinical implication is that we were able to see that human atherosclerotic plaques have a low level of KLK10,” said Jo, professor in the Wallace H. Coulter Department of Biomedical Engineering at Georgia Tech and Emory University. “In a healthy heart, the expression level is OK.”

Jo sees similarities between KLK10 and myokines, exercise-induced proteins secreted by skeletal muscle cells. Looking ahead, his lab has begun experiments testing how exercise affects KLK10 and other protective factors.

Jo cites the transcription factor KLF2 as another good example of a protective protein identified by his team’s approach. KLF2 has a similar protective function, but it is expressed inside endothelial cells and stays inside the cell. KLK10 is secreted into the circulation, giving it more obvious therapeutic potential.

Exactly how KLK10 works in the context of cardiovascular health is still unclear. Since it is a serine protease — an enzyme that snips other proteins — we might assume that its job is to cut something. But preliminary experiments suggest that KLK10 is instead binding another protein to regulate inflammation. Jo is eager to publish more on that story next.

Pioneering molecular biologist Alfred Hershey once described scientific happiness (or Hershey heaven) as the ability to have “one experiment that works, and keep doing it all the time.” But it would be unfair to classify the Jo lab’s atherosclerosis model this way — they keep refining it, using single-cell techniques to dissect out which types of cells make the proteins in question.

Future commercialization for KLK10? Jo has formed a company, FloKines Pharma, and this research is what FloKines was meant to embrace, he said.