Exploring the Signals that Underlie Learning

Exploring the Signals that Underlie Learning 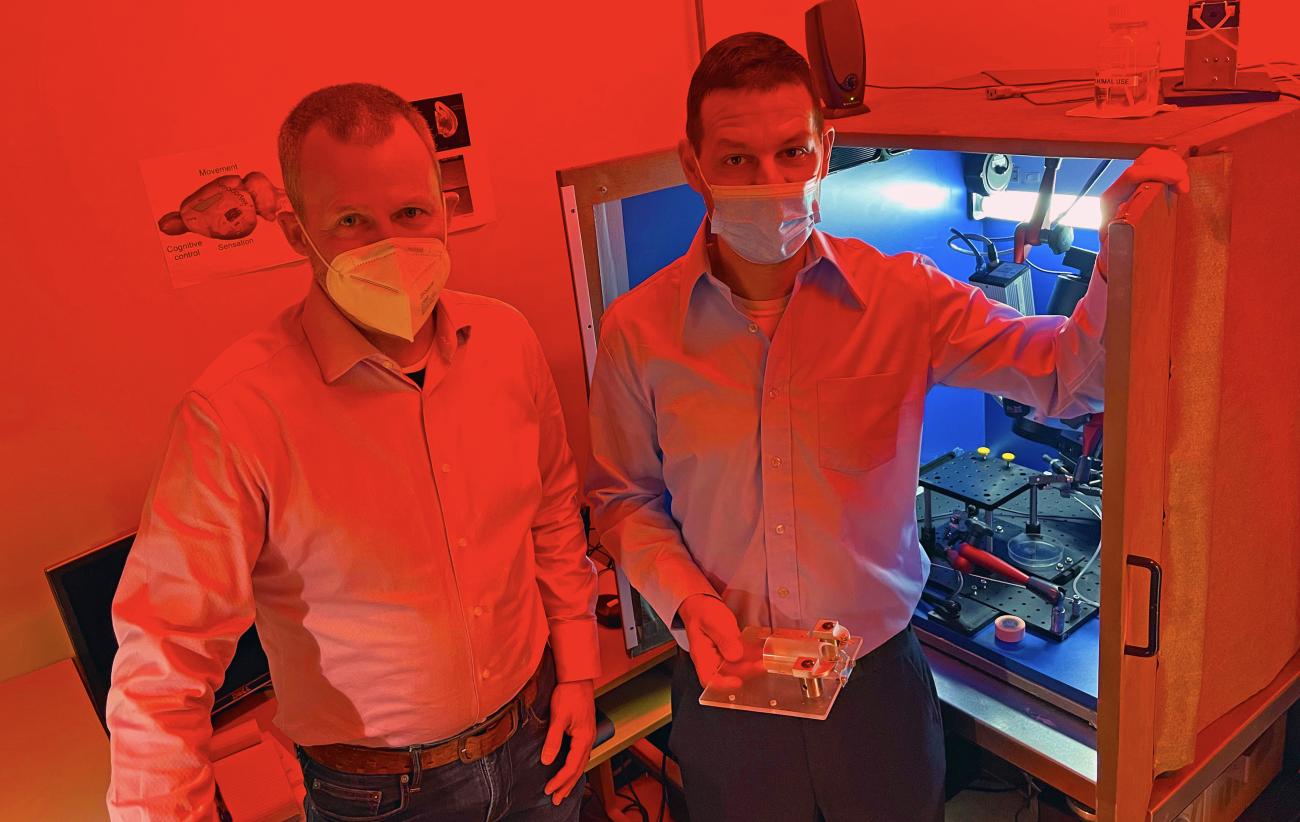 Garrett Stanley and Chris Waiblinger studied the neural signaling that correlates with adaptive behavior in mice. What they found could be the first step toward new strategies to improve and speed up learning. (Photos: Jerry Grillo)

When you start learning how to do something new, like swinging a tennis racket or playing a musical instrument, the simplest tasks can feel difficult. Shifting from one chord to another on a guitar can require a lot of thought and concentration at first.

Your brain is processing new sensations from the outside world — how the instrument feels, sounds, looks — and making decisions, based on those sensory signals, on what your muscles should do next. But practice makes perfect, right? As you gain experience, you hear the subtleties of the music and feel the strings with less effort; your fingers start moving around the fretboard with ease and seemingly without conscious thought.

“We get better at something, more experienced, and it becomes more like a reflex rather than something we think about,” said neuroengineer Garrett Stanley, who does play music but is more interested in the neuronal processes underlying this adaptive behavior, whether that means effortlessly playing a guitar, or getting dressed, or avoiding danger, or any useful behavior learned from experience.

“Adaptive behavior in a constantly changing sensory environment is not only useful when you’re learning a new hobby,” added Stanley, professor and McCamish Foundation Distinguished Chair in the Wallace H. Coulter Department of Biomedical Engineering at Georgia Tech and Emory University. “It’s crucial to survival.”

With that in mind, Stanley’s lab closely studied the neural signaling that correlates with adaptive behavior in mice, and what they found could be the first step toward new strategies to improve and speed up learning. The research, published Jan. 27 in Nature Communications, suggests that an area of the brain traditionally thought to be a basic sensory signaling center – the primary somatosensory cortex – plays a deeper role in decision making, and is part of an adaptive framework in the brain that facilitates flexible behavior as individuals gain experience.

Christian Waiblinger, postdoctoral researcher and lead author of the study, described the primary somatosensory cortex, or S1, as an “earlier” region of the brain, where tactile stimulus from the outside world arrives. “S1 is specifically thought to pre-process stimuli in a basic way,” Waiblinger said. “It hasn’t traditionally been associated with more complex neural processes that relate to long-term adaptive strategies.”

But scientists have long speculated that this earlier region might play a key role in higher-level functions, and that it is part of a larger framework spanning different brain structures. It’s an idea that remained mostly conceptual and theoretical, with little experimental evidence to back it up. The Stanley lab now has some evidence. 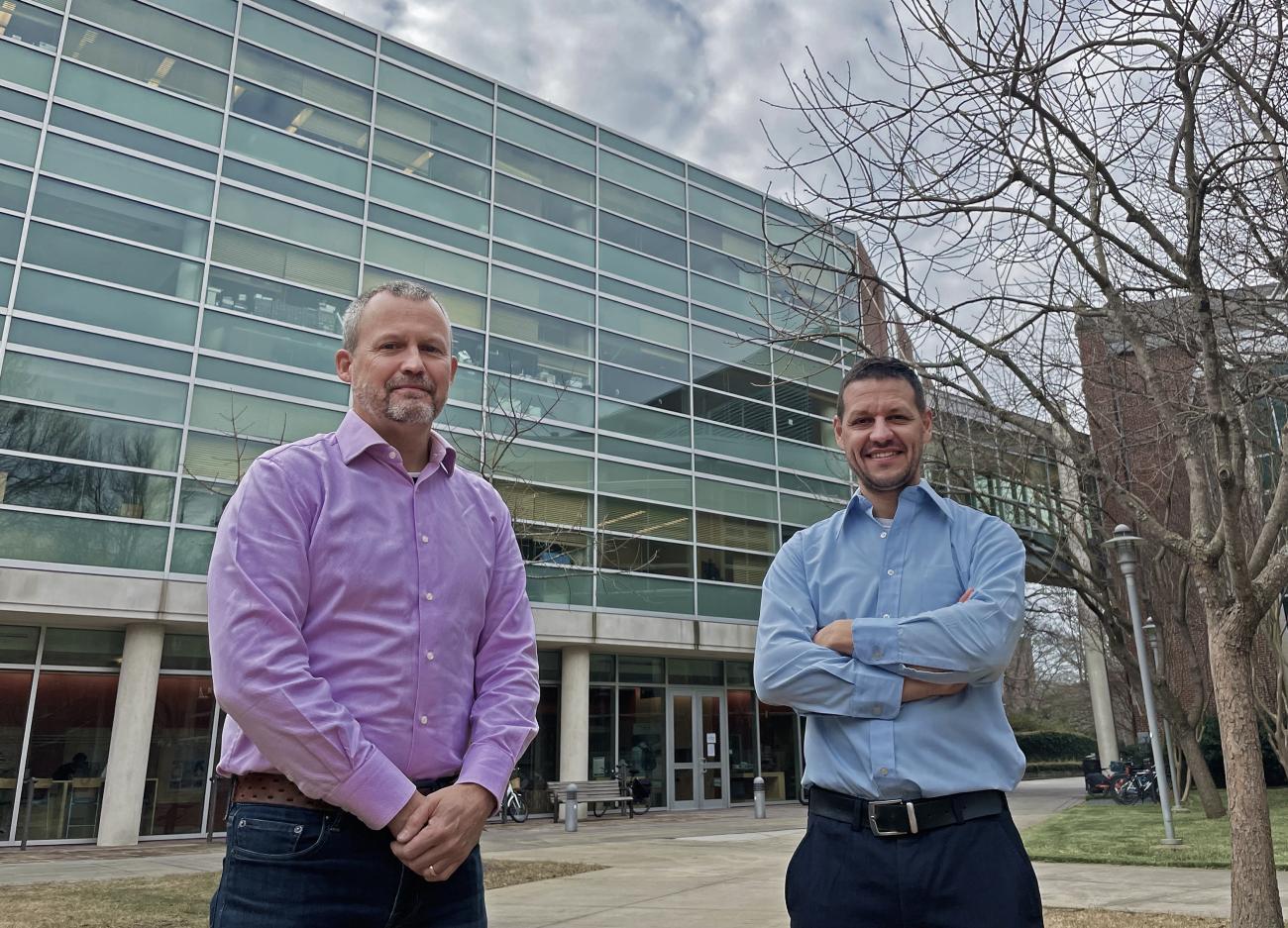 The researchers designed a series of psychophysical experiments to evaluate the mice, looking at how the animals operated in a changing environment — responding to whisker stimuli, being rewarded, adapting to shifting stimuli. And they measured the animals’ associated underlying neuronal signals.

“What we found is, [the S1] brain area actually changes its activity over time,” Waiblinger said. “We just kept recording and training and recording, and over weeks and months, we saw an experience-dependent effect in the mice. The more experienced the animal got with the changing sensory landscape, the more this brain area changed and adapted.”

S1 was not only pre-processing tactile stimulus and producing the primary neuronal signals associated with that basic task — it also was transmitting more complex signals necessary for adaptive behavior in a dynamically changing environment.

“This area is the first part of the cortex that receives these signals, so it’s like everything is getting routed there,” Stanley said. “It’s just the tip of the iceberg – further into the cortex is where the higher-level stuff is supposed to happen, the cognitive stuff requiring decision making.”

Like the primary somatosensory cortex, this study is also just the tip of the iceberg. But it’s given the team a new hypothesis, Waiblinger said: “As you become more experienced at a certain thing, those higher-level functions can occur a bit earlier — they shift down in the hierarchy of the brain.”

Next, said Stanley, is further investigation of other brain areas. He’d like to understand the flow of information that originates outside of our bodies and moves across the hierarchy of our brains as we gain experience.