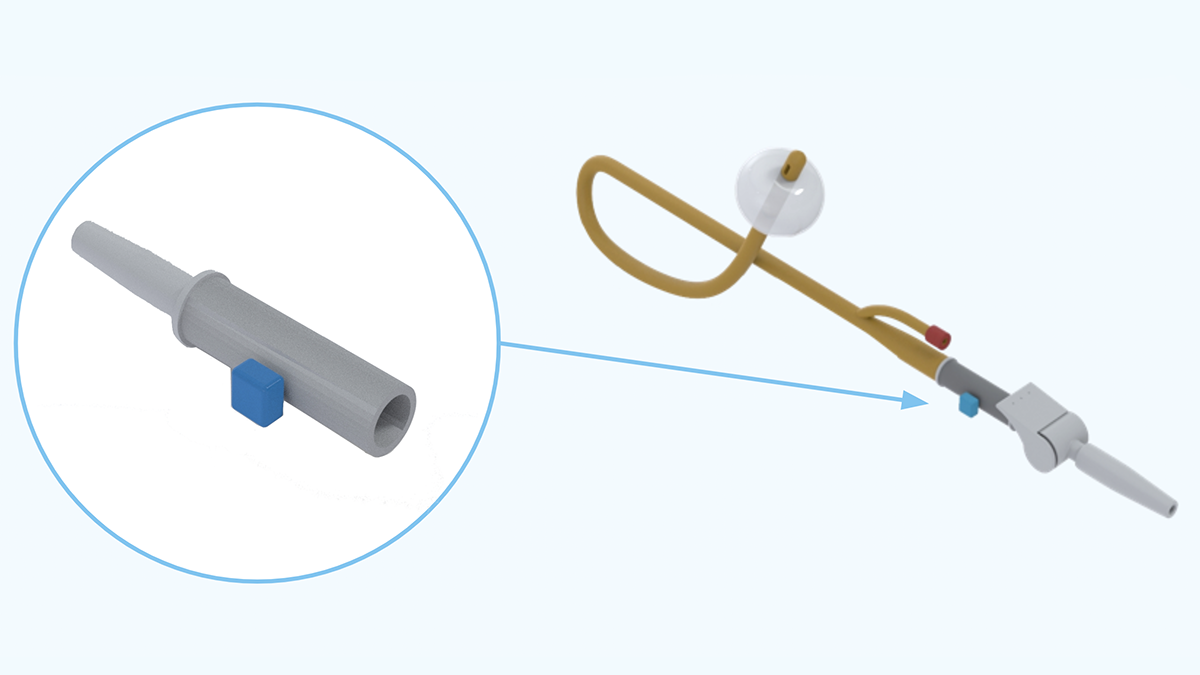 The Augment Health Bladder Management Device is a sensor that fits between a catheter and catheter valve and sends notifications to a smartphone or other device when the user's bladder is full. Recent Coulter BME graduates Stephen Kalinsky and Jared Meyers have earned a spot in the national Collegiate Inventors Competition with the device. (Image Courtesy: Augment Health)

Biomedical engineering alumni Jared Meyers and Stephen Kalinsky believe they have a chance to change lives with a device that has earned them a spot in the national Collegiate Inventors Competition finals in October. It’s an opportunity that began taking shape during a friendly, random conversation on an airplane.

Meyers was flying to Atlanta and happened to strike up a conversation with the couple in his row. One of them was a retired urologist, and after their talk, Meyers suddenly saw an area with untapped potential.

Before long, he was talking to friends interested in creating marketable solutions to medical problems and learning about the process through the CREATE-X Idea to Prototype program. With Kalinsky and another friend, Camille Díaz, Meyers started talking to other urologists and learned about catheter-associated urinary tract infections, a common problem for patients with long-term catheters.

“Catheter valves seemed like a great option, but we realized that surprisingly few people actually use them,” said Meyers, who finished his degree in the Wallace H. Coulter Department of Biomedical Engineering in May. “We asked ourselves, ‘Why not?’ and then we realized — because many people can’t tell when to empty their bladder.”

Fast forward, and the group’s solution will compete with five others in the undergraduate division of College Inventors Competition, organized by the National Inventors Hall of Fame. They’ve designed a noninvasive sensor that sends notifications to a smartphone or wearable device, like a smart watch, when the user’s bladder is full.

“We’re building it specifically for people who are using indwelling urinary catheters, typically as a result of spinal cord injury or another neurological condition,” said Kalinsky, who also finished his degree in May.

Meyers added: “We realized the magnitude of the problem when we started talking to people who live with indwelling catheters. In these conversations, we learned that urine collection bags could make people too embarrassed to go outside, unable to go in the pool, and risk accidents and leakage during physical activity. Some wheelchair users even told us the ability to use the bathroom more normally would be a higher priority than being able to walk again.” 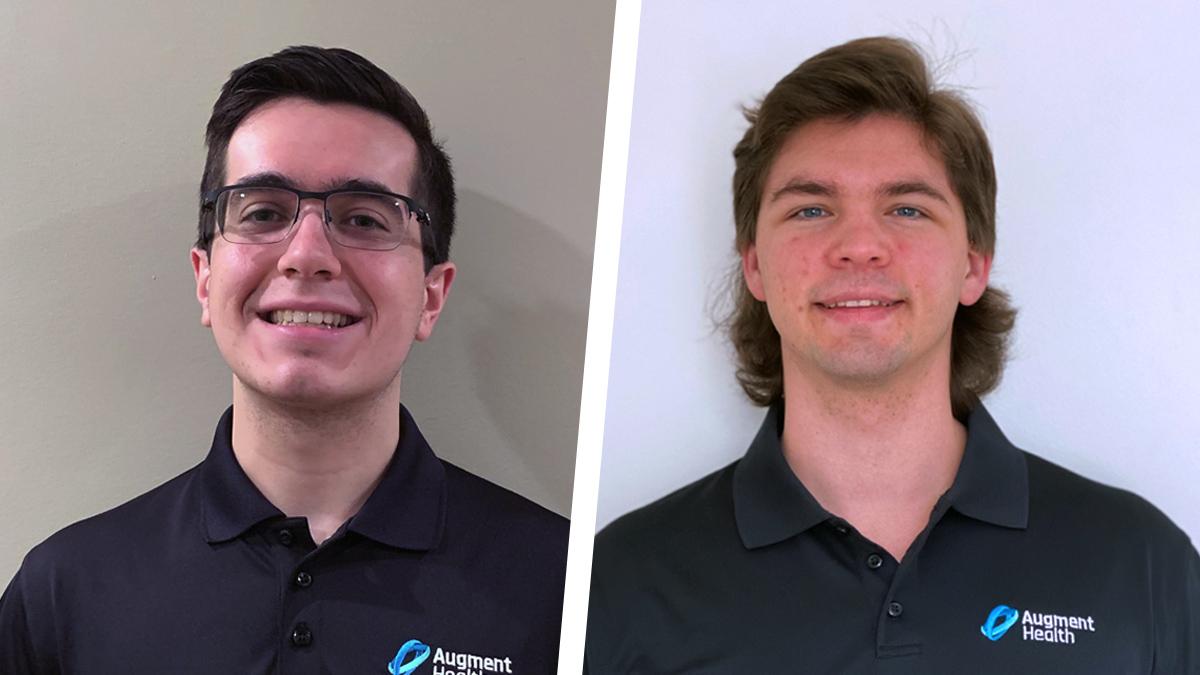 Jared Meyers, left, and Stephen Kalinsky, founders of Augment Health and creators of a bladder management device to help people with long-term, or indwelling, catheters. Their device is a sensor that alerts users when their bladder is full, and it has earned them a spot among the six undergraduate finalists in the 2021 Collegiate Inventors Competition. (Photos Courtesy: Augment Health)

As finalists in the national competition, Meyers and Kalinsky will present their idea to a panel of National Inventors Hall of Fame inductees and officials from the United States Patent and Trademark Office. Díaz has left the project to her two friends so she can focus on her pre-med coursework and then medical school.

Meanwhile, the team also is working through a medical device accelerator program in Memphis and preparing to pursue regulatory approval, Kalinsky said.

“The team saw some daunting challenges, but they pivoted successfully to create a novel solution to an unmet need,” said Marty Jacobson, who is one of the team’s mentors, a design instructor, and the Coulter BME Design Shop manager. “They are receiving mentorship and resources to fast-track their idea from the current sensor-based technology to bring it to market, so it can start helping the millions of people who suffer from neurogenic bladder issues.”

Meyers and Kalinsky are the fourth Coulter BME team to make the Collegiate Inventors Competition’s finals in the last six years. This year’s graduate finalists include alumnus Mahdi Al-Husseini, BME 2018. He was a graduate finalist in 2019 and has made the finals again this year with a different device. 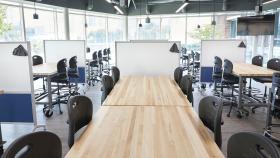 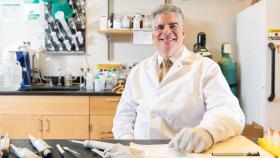 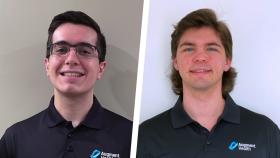 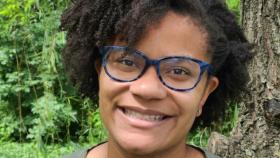 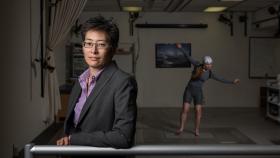 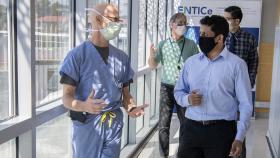 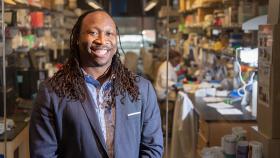 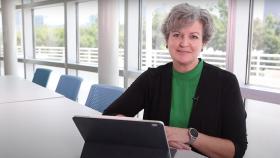